MARSHALL HAS GROWN INTO A PREMIER MEDICAL DEVICE CONTRACT MANUFACTURER

Marshall was founded in 1951, providing machined components to a broad customer base. Automatic screw machines filled Marshall’s floor. Since the mid-1990’s, we’ve narrowed our focus as a medical device contract manufacturer.

In The Beginning; Automatic Screw Machines

Within the next five years, his business started to grow and required additional space, equipment, and people. He decided to move the company into a 4,000 square foot rental space at the Griggs Midway Building in St. Paul. Initially, Marshall specialized in short run turning work. In 1958 the company expanded the business into general machining. By the mid-1960s, Marshall acquired two smaller companies. They then began supplying metal and plastic machined components to the pneumatic, hydraulic, and meat-processing industries.

Marshall’s continued business growth necessitated the construction of a new building in 1970.

Marshall remodeled the shop for cellular manufacturing in 1993. The remodel initiated the reorganization of management into streamlined, problem solving, self-managed teams. The immediate result of the restructure included the creation of a safety program and procedural documentation.

Spring of 1996 marked the beginning of Marshall’s journey toward the implementation of ISO-9001, which was achieved the following year.

In 2001 Marshall added CNC Swiss machining capabilities and manual 2D and 3D wire and tube bending. These additional capabilities opened Marshall to greater opportunities in the medical device industry.  John Timmersman was looking toward the future when he invited his daughter Pam Burchill and son-in-law Mike Burchill into the company as his designated future successors in 2004. Pam and Mike began to steer the company towards the medical device industry. Robots and additional automation were acquired in 2005, to accommodate high volume production. These robots were used within the Swiss machines to load and unload production parts. Capabilities were again expanded with the addition of CNC wire EDM in 2006. Within the next year the last of the automatic screw machines were replaced by additional CNC Swiss machines.

Since Marshall was already acquainted with manual 2D and 3D bending, the company began experimenting with CNC bending of small diameter pre-machined wire in 2007. Ultimately this would help Marshall meet the increasing volume demands and the elevated quality requirements of their prominent medical device customers. Marshall’s ingenuity and persistence lead them to new places and they are now at the forefront of CNC 2D and 3D bending for the medical device industry.

Because “minimally invasive surgery” was gaining more momentum, medical components were becoming much smaller. To accommidate this trend, “Precision Vision Inspection Equipment” was implemented for the inspection of small parts. This swiftly propelled Marshall into the medical device manufacturing space.

“Lean Practices” were introduced to the Marshall management team in February of 2015.  Company-wide training was implemented, and ongoing training and actions continued to be applied throughout the facility. Micro-Swiss machining capabilities were also added within the same year. 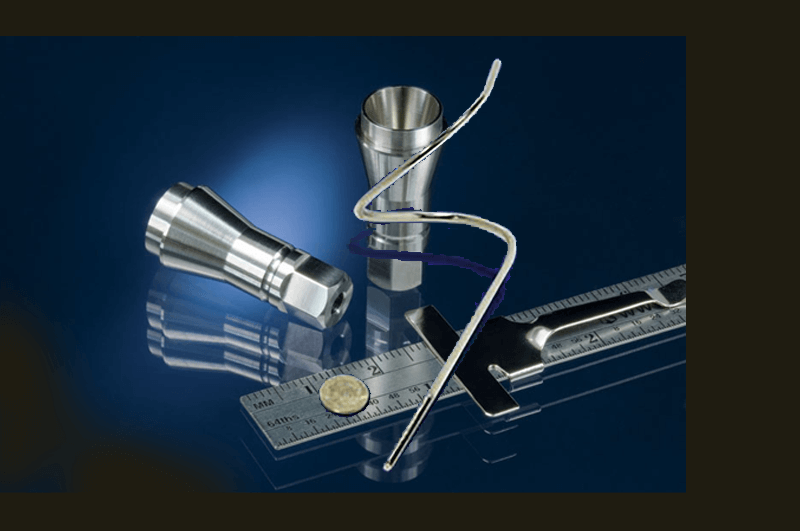 Over the past 25 years, Marshall’s main focus is medical contract manufacturing. We also have many customers in the filtration industry and we provide general machining to the food, hydraulic, pneumatic and scientific communities.

Under the ownership of Mike and Pam Burchill, Marshall Manufacturing Company supplies medical devices and components to medical OEMs in several markets including urology, orthopedic, laparoscopic and dental. Additional markets include the filtration and food industry.

Back To About Page!