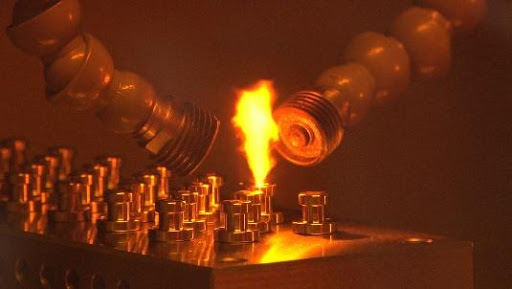 Many of our customers have a need for CNC Laser Micro Welding. To accommodate our customers’ needs, we utilize a type of laser called an Nd:YAG laser. It’s named for the synthetic transparent crystal material that is at the core of the laser; the dopant triply ionized neodymium (Nd3) and yttrium aluminum garnet (YAG).

Simply stated, the atoms in this synthetic crystal medium are excited by the flashlamp pump, prompting electrons to rises to a higher energy state. Photons are absorbed by the atoms, causing them to fall back to the ground state, while releasing two photons in the same direction.

mirror, to the laser output. These are the basic elements that make up the optical resonator (pump cavity).

The optical resonator delivers the laser light energy (photons) through a fiber optic cable, which is connected to the focus optics head. The energy is delivered and applied at the focus point of the optics head to generate the welding process.

To prevent rapid oxidation caused by the oxygen within the air, the welding process is performed in the presence of a cover gas, also known as a shield gas. Using the cover gas, the welded components maintains their original finish. Common cover gases used are argon, helium and nitrogen. The cover gas is delivered to the welding area through a nozzle. In the photograph to the left, there are two (2) cover gas nozzles depicted. The optics head can’t be seen within the photograph, but in this case it is directly above the flame, at a 90-degree angle from the work holding fixture. 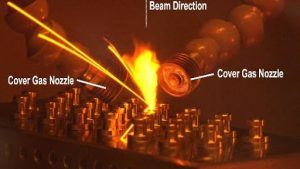 This type of laser does not deliver a constant stream of energy. Instead the Nd:YAG is designed to give off pulses.

Within the CNC laser welding process, the laser focus head is typically stationary, and the workpiece assemblies that are to be jointed are fastened to an X-Y axis programable table. In the photograph to the left, there is a tooling fixture that is holding 26 luers. In the center of each luer is a friction-fit cannula, to be joined by the laser welding process. 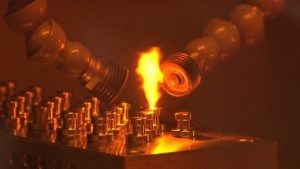 The photograph to the left illustrates the weld of the luer (large hub) to the cannula (inner tube). The X-Y table moves in a circular pattern, with each circular shape weld, covered by the next (overlap) weld forming a crescent shape, until the final weld pulse, seen at the 12 O’clock position. The final weld is a very distinguishable circle. Even though it is identical in pulse rate and penetration, it is circular because it covers a series of the first several weld pulses. This component has a depth penetration of .76mm (.030”) with a 70% overlap, from one weld to the next. This particular welded assembly is pull tested to withstand a minimum of 450 pounds. 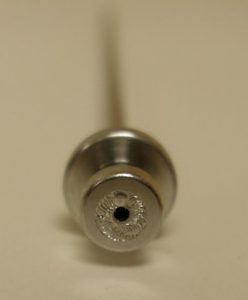 If, for example, there is a linear seam to be welded, the X-Y table is programmed to move along that specific seam.

Often, in the case of two different size diameter components being welded together, a fillet weld can be accomplished by utilizing a CNC rotary indexer 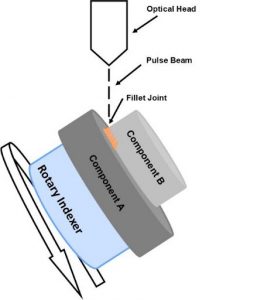 There are several types of welds that can be achieved with the CNC laser welder. Typical welds are Butt Joints, Lap Joints and Fillet Joints. 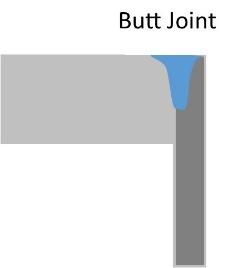 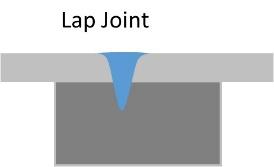 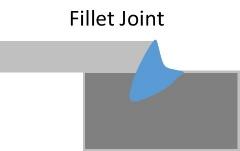