Greater Thought for the Greater Good 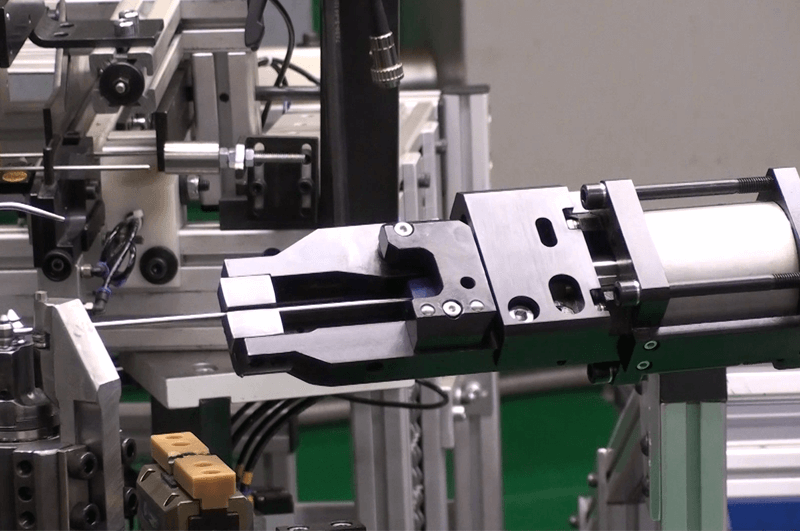 Medical Device OEM’s come to Marshall Manufacturing Company for a myriad of reasons. Becoming well-known for their expertise in 3D bending of metal wire and tubing may well be at the forefront, yet capabilities surrounding precision CNC machining, bending, laser welding/cutting and Swiss machining aside, what the medical device industry also knows about Marshall is their overt need to uncover manufacturing solutions that allow any part to be produced using the best overall techniques, in the least amount of time, for the lowest possible costs without sacrificing premium quality standards.

They call it “Design for Optimum Manufacturability”. Procedurally, it all comes down to thinking, uncovering, testing and ultimately producing options others simply ignore.

Take the case of a well-respected Medical Device OEM who came to Marshall knowing their 3D wire bending expertise was absolutely needed to perform a very specific bend for a new surgical instrument. Orientation of the bend to the pre-machined features on the tip was essential. Potentially, thousands of parts needed to be produced each month and not one could be misaligned. Most manufacturers would attempt to create the prototype and measure its efficacy using inspection equipment such as a state-of-the-art CMM station. A good choice if time and dollars were not an issue as both would be sacrificed at such a high quantity. CMM operators would be testing each piece individually using precious time which would prove extremely costly to both the part production cost and overall labor values. The CMM is a great tool and Marshall relies upon its precision often, however in this case, they had to arrive at a better way to verify the parts were in spec, while providing the resources and procedures to do so. Again, thinking beyond what may be considered “the norm” by others, Marshall’s engineering and quality departments began considering the use of 3D printing. Could such a technology be used to create a profile test gauge? An apparatus that both Marshall and the customer could use independently, yet just as effective as the CMM; but the time savings, which equates to cost savings, would be realized in abundance? And let the testing begin…How the gauge must be made, how it must be used, how it must hold-up to repeated usage and the costs involved to get there, everything imaginable was considered. After all, this is a great example of Marshall Manufacturing’s ability to create a solution to solve a problem that never existed before. Giving birth to new ideas is just the start, testing and ultimately producing an exceptional working model is quite another. Yes, this company is capable of both. And, that is exactly what happened in this case.

The 3D printed testing gauge was, in fact, tested. Both Marshall and the customer agreed, the prototype gauge was ready for actual creation. It was to be made out of a solid piece of aluminum and hard-anodized for the ultimate in repeated usage. One gauge was made for Marshall which they used to test each part before releasing to the customer; another gauge was created for the customer to test each piece before reaching the surgeon’s hands. Marshall’s customer was obviously pleased by the innovative thought and Marshall’s desire to never give up. Both companies agree the specialized inspection technique saved about 25% of overall cost per part. And, at thousands of parts each month, that savings is certainly astounding.

“Design for Optimum Manufacturability” is a very real and an effective quality- coefficient at Marshall Manufacturing Company. What thinking beyond the norm can bring to Medical Device OEM’s can mean whether a life-saving device is produced, or not. Marshall says, let’s find a better way so all great ideas can be realized. Yes, it is that important.