The Power Behind “Cost Optimization Strategies” at Marshall 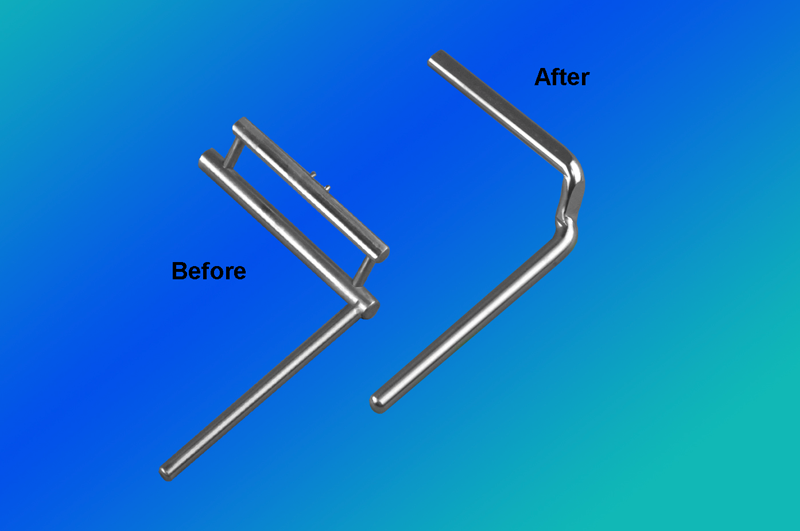 Where Innovation and Dedication to Detail Can Actually Make a Difference.

The call came in from a larger manufacturing company in St. Paul, Minnesota to Marshall Manufacturing Company located in Minneapolis. The Engineer told Marshall of a specific part they had created. It appeared to work well for the application it was designed to accomplish. The customer knew it was going to be expensive to manufacture. There were several parts to the final assembly. Precision machining with very tight tolerances were employed. The assembly included labor-intensive procedures; it was not going to be easy. They feared it was going to be too expensive, as well

Marshall was introduced to the prototype and began to review the production steps. They created the process to mass produce the part then conducted their signature “Cost Optimization Strategy” study. Within a few short days, the Design Engineers and Manufacturing Process Professionals at Marshall had an idea.

They found, the part had one specific job to do when it was finished. After looking intently at the particular result which was necessary for the part to perform correctly, Marshall suggested an entirely different approach to the creation of the part. The Marshall Study suggested a manufacturing approach that would virtually eliminate the need for multiple machined piece-parts. Their “Cost Optimization Strategy” study raised the question…could this part actually be created using just one single piece of metal?

The Marshall Manufacturing “Cost Optimization Strategy” study uncovered a process procedure which brought new light to an original design that was in need of Marshall’s professional assistance. The part was too expensive to manufacture in its original form. Marshall needed to find a better way, and they did.

It also allowed the part to be manufactured using less machining steps.

The new process employed one of the most powerful manufacturing elements Marshall has become known for…bending metal wire and tubing to exact specifications while holding tolerances of anything pre-machined after the bending process is accomplished.

The end result saved the customer vast amounts of manufacturing time which, in turn, made the final part cost  arrive at  60% less over that of the original design.

This is a prime example of what “Cost Optimization Strategy” really means at Marshall Manufacturing Company. And, that’s the “short version” of the story.

If you’d like to know more about how Marshall approached this opportunity, the many steps it took to arrive at the final prototype, (which included Marshall’s creation of custom software and tooling) please give this exceptional manufacturing company a call.
Perhaps Marshall can perform similarly for you.